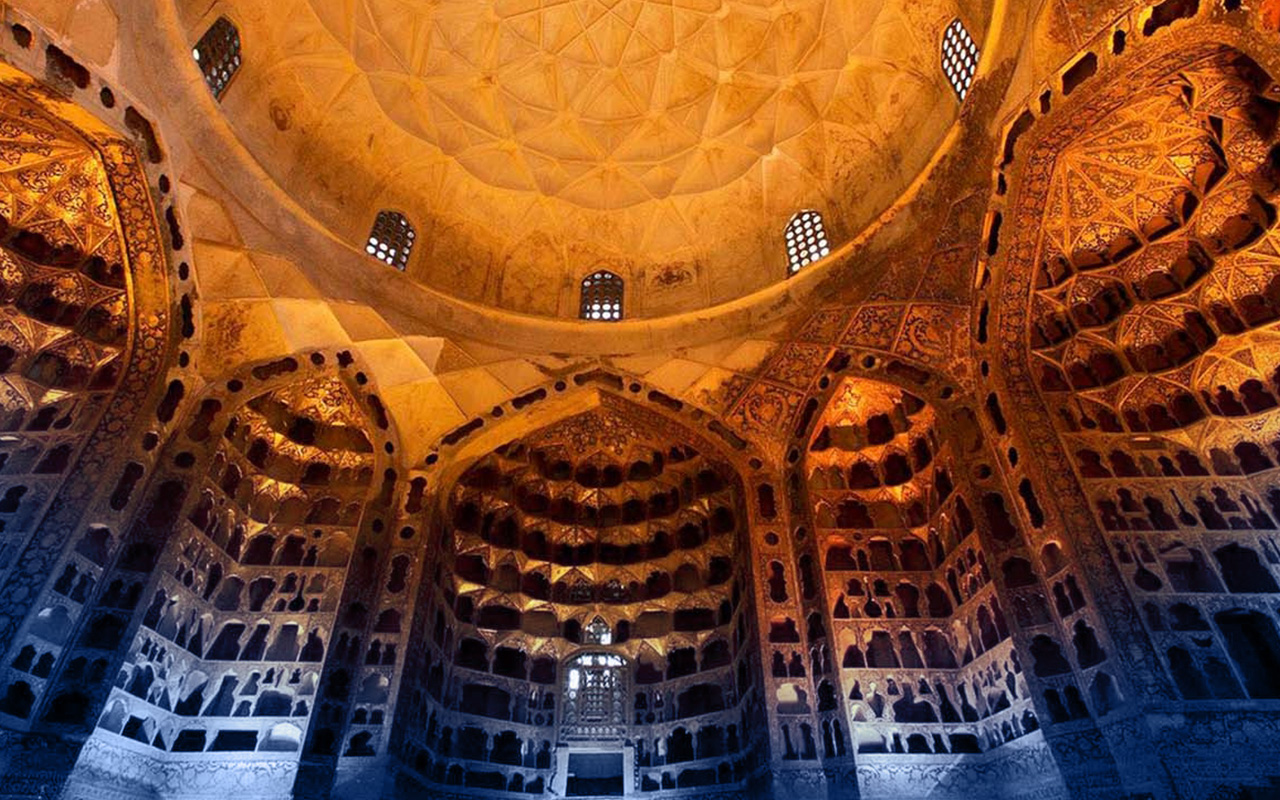 Is’haq Ardabili (1252–1334) was the Kurdish eponym of the Safavid dynasty, founder of the Safaviyya Tarighat, and the spiritual heritage and son in law of the great Sufi Murshid (Grand Master) Sheikh Zahed Gilani in Gilan province. Most of what we know about him comes from the Safvat as-safa, a hagiography written by one of his followers.

Sheikh Safi al-Din’s has composed poems in the Iranian dialect of old Tati. He was a seventh-generation descendant of Firuz Shah Zarrin Kolah, a local Iranian dignitary. Only a very few verses of Sheikh Safi al-Din’s poetry, called Dobaytis (double verses), have survived. Written in old Tati and Persian, they have linguistic importance today.

About Sheikh Safi-ad-din’s Shrine and Khankhah
This shrine, in Ardabil, is western Iran’s most dazzling Safavid monument. The Sheikh (patriarch) is buried in an iconic 1334 Allah-Allah Tower. In this shrine there are Ghnadil khane, Chini khane, and Panahgah.

Ghandil Khane (House of lanterns/candelabrums)
this two-story building is the main part of the complex and it is exactly in front of entrance port, and there exist five eye catching wooden windows in each story so they make the building more attractive and well-lit.

Chini Khane (China room)
it is placed in eastern side of Ghnadil Khane, and it is an amazing honeycombed vault with painted gilt niches. A splendid and exquisite place for keeping and showing royal custom-built porcelain collection. (Something similar to what exist in Ali-Qapou Palace in Esfahan)

Sheikh’s tomb at Safavid era considered as a holly place and sanctuary for people like Soltan Hossein Khan Shamlou whom were sentenced to death by king. They went to the shrine to save their lives.