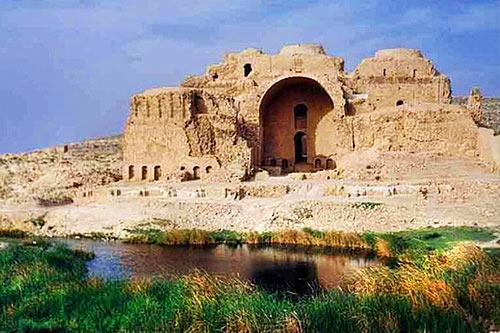 The name Balūchestān means “Land of the Balōch”, reffering to the majority Baloch people who are inhabiting the province; Sistan that later was added to the name, refers to the minority Persian peoples who speak the Sistani dialect of Persian.After Kerman Province, it is now the second largest province of the 31 provinces of Iran. Located in the southeast of the country, it is in border with Pakistan and Afghanistan.With an area of 180,726 km² it is the home to a population of 2.5 million people, including the Baloch who form a majority in the province, followed by the relatively large minority, the Sistani Persians. Smaller communities of Kurds, the expatriate Brahui, and other residents and ethnic groups such as the Gypsies are also found in this province.

The province consists of two sections, Sistan in the north and Baluchestan in the south; the combination of which, today forms one of the driest regions of Iran with a slight increase in rainfall from east to west, and an obvious rise of humidity in the coastal regions. This region is also the place for seasonal winds, blowing from different directions.

In spite of its sheer hot and dry climate, yet nice province of Sistan and Bluchestan with its warm hospitable people has a lot to demonstrate before the eyes of all tourists and new comers:

The burned City with its creative and intelligent citizens, once was the largest sample of urbanization in the eastern half of Iranian Plateau and a unique example of science, industry, and culture in ancient times of this land.Remainders of this ancient city of Iran, is located 56 kilometers from Zabol, Southeast of Iran. The time of this big city’s construction coincides with Jiroft Culture Bronze Age, i.e. 6000 years ago.Built on the alluvium of Helmand River estuaries to Hamun Lake, according to discoveries and its being mentioned in Sinuhe’s book, Shahr-e Sukhte was the most advanced city of the old world. In June 22, 2014, it was registered as a UNESCO World Heritage Site.

This Desert which was registered on the United Nations list just three years ago, is potent to be a major Iranian tourist resort.It is a basaltic plateau with a land of 22,780 square meters, full of fantastic dunes, yardangs, nabkhas and hammadas. These masterpiece crafts made up by skillful hands of mother nature, all together form the best unique spectacular landscapes. For sure, such a natural beauty rarely can be found in other parts of the world.

With a tall castle and a minaret on the entrance, facing towards the east, it is assumed to be related to the minarets of ‘Sar-o-Tar’ and ‘Chehel Borj’. The ruins of this renowned place are situated in the upper Sukhteh Valley, on the wide bed of the Hamoon, southwest of Nik Shahr.

A brick construction, built during the reign of Naseblackin Shah by Firooz Mirza (1264 AH), that was a seat for power and commanding.

The home of sailing ships/ Lenj, which is structured on a high rocky and sandy coastline.
Beris City is a small, pristine place with a wonderful sight of the coastlines from above the cliffs.

Hara/ Mangrove forests in Chabahar, that is dipped into water by half and thanks to the crown of trees that show themselves from amid water, it forms a rare fabulous scene. This unique combination of water and forest, provides the lovers of pristine nature with so many rare views and landscapes.

Also known as Merrikhi Mountains, they are situated at a distance of 40- 50km from Chabahar Port. These mountains are one of famous tourist attractions of the country, which are stretched parallelly with Oman Sea.

As the only natural height in the Sistan Area, it is a flat-topped black basalt hill raised up like an island, right in the middle of Lake Hamun. Located 30 km southwest of the town of Zabol, the tomb and shrine of Khwaja Ali Mahdi, a descendant of Ali ibn Abi Talib, is placed there, so the name.

As the capital of Sistan and Baluchestan Province, with a population of 587,730 people (2016 census), Zahedan is located near Pakistan and Afghanistan.It has a hot desert climate with hot summers and cool winters and a low precipitation that mostly falls in winter. How away, this antique less known city, should be toured and explored, as it has placed many rare spots at its heart:

• Rasouli Bazaar: a colorful bazaar, in a narrow street with two rows of shops each on one side. The shops have marketplaces and chambers on behind; from which, various souvenirs or crafts can be bought: from coats, jeans and shawls to rhinestones.
• Jame mosque: the gathering place of Fridays Worships
• Makki Mosque: the greatest mosque of Sunnites in Iran with an Iranian pretty worthwhile Architecture
• Zahedan Museum: consists of two sections of Archaeological and the Anthropological sectors, with discoveries made out of this territory displayed in the former and a collection of articles on the regional lifestyles in the latter. Also here is the place for permanent exhibitions of photographs, just to depict the livelihood and general life style of the province.
• Timur Castle: as a part of Zahedan Kohneh/ Ancient Zahedan (on southwest part), it is a relic remained of the Mongol and Safavid eras.
• Saam Castle: belonging to the Parth Period and made up of sun-baked bricks, it is located on a 28-km distance from the road of Zahedan- Zabol, with a structure in the form of an irregular trapezium. This castle with 36 watchtowers, has two entrances at northern and southern parts. The watchtowers surround the structure, except the nine of them, standing in each corner of the castle.
• Baraabak Thermal/ Hot Spring: is located on north of Taftan Mountains and within a 14-km distance from the Sangan Village.
• Dormant Taftan Volcano: placed about 100 kilometers south of Zahedan, with a height of 4,042 meters from the surrounding plain