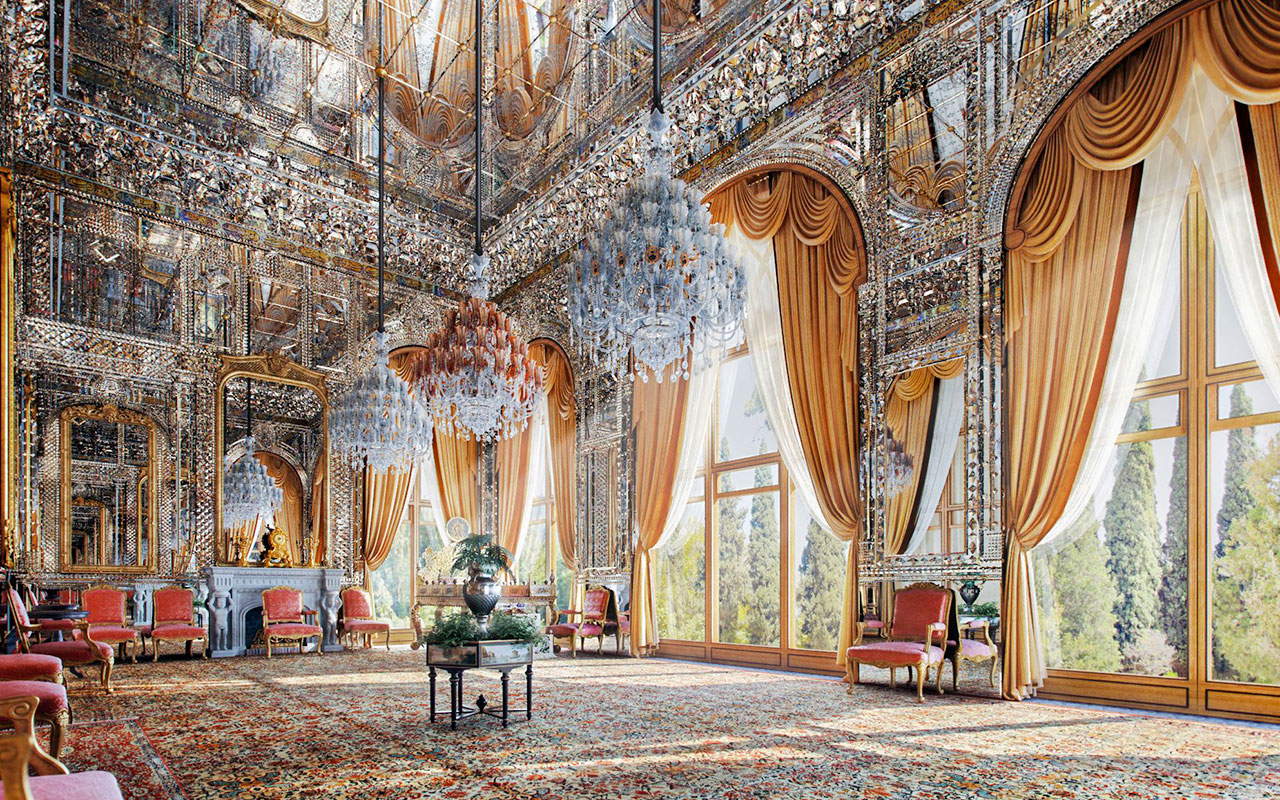 Golestan Palace is the former royal Qajar complex in the capital city of Iran, Tehran. It is located in the central part of the city near the big Bazar of Tehran and attracts many visitors each year. It is considered as one of the oldest historical buildings in the city. Mirror Hall (Talar-e Ayne) in the palace is believed as the most famous hall of the palace. This beautiful hall is relatively small and has gain its popularity for the extraordinary mirror work. Mirror hall was designed by Haj Abdollah Memarbashi mostly known as Sanie Ol Molk in that era. Although the constructing process was finished in 1915, its decoration, stucco and mirror work had been continuing until 1920. It is highly recommended to pay this palace and its pertinent halls a visit.