The foundation of Persian traditional architecture is based on geometry and thorough drawing techniques. The importance of this has been so much, so that it was highly imperative for the architects to master mathematical rules as well as various drawing techniques in practice. Generally speaking, the essence of art and architecture is geometry and proportions. Persian Tiling industry play an important role in designing and adorning but we can exclusively see it in Islamic architecture .just like pottery it has special features. Pope after visiting Sheikh Lotfallah (Isfahan) and its Persian tiling wrote that “Creating Such an artwork cannot be existed except by having God faith and religion. “Tiling refers to era before history, since ancient, tile were used for designing, rudimentary Persian tiling refers to columns in temple of Mesopotamia. One of the famous mosques in Isfahan enjoying a rich variety of tile work is Khayyatha Mosque which researches has done lots of examination on it. 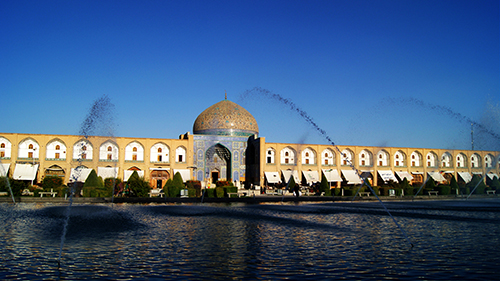